In short: a hippie detective novel, drenched in weed and complot-theory paranoia, with the necessary film noir ingredients. It is without a doubt the most accessible of all Pynchon novels, which doesn't mean he has become a kind of mainstream writer. To wit : the average length of his sentences are ... normal, with some exceptions. The language is of course full of early seventies slang and fashion lingo, but still relatively normal. The characters: well, although they're not your usual dective novel inhabitants, they're not too far off either : the bad guys, the cops, the good guys, informants and several with a very uncertain quality. The length : normal, 369 pages in the hardback edition.

The plot? Well, the plot is Pynchon 100% : ex-girl friend shows up to tell hippy detective Doc Sportello that her current lover, the rich land-developer Michael Wolfman will be kidnapped. Then things happen in short succession: people get killed, witnesses disappear, Sportello becomes a suspect, the mysterious organisation "The Golden Fang" appear, a dead saxophonist re-appears, etc. All this against a background of dope, mystery, rock music, surfing, ESP, Charles Manson, Ouija boards, and some gambling.

Appreciation : like many Pynchon novels : a treat, a pleasure to read his wonderful sentences and dialogue, the balance between plain fun, cynicism and criticism of society and human nature. The major Pynchon themes come back : paranoia, the corruption of power, be it elected, through money or otherwise generated, sex-crazed girls, absolute evil, and absurd madness - in the adventurousness, the fight scenes, the car chases.

Anyway, the usual fun. Especially the great dialogues between Doc Sportello and his love/hate relationship with LAPD detective Bigfoot Bjornsen, his counterpart from the world of power.

Here are some nice examples :
"Congratulations, hippie scum," Bigfoot greeted Doc in his all-too-familiar 30-weight voice, "and welcome to a world of inconvenience. Yes, this time it appears you have finally managed into something too real and deep to hallucinate your worthless hippie ass of." He was holding, and now and then taking bites from, his trademark chocolate-covered frozen banana.
(Sportello:) "Howdy Bigfoot. Can I have a bite?"
"Sure can, but you'll have to wait, we left the rottweiler back at the station".

or another
"Been doing a little acid, there, Bigfoot?"
"Not onless you mean the stomach variety."

or another one :
"(Bigfoot) nodded at Doc's shirtpocket. 'Mind if I have one of those?"
"You don't want to start smoking, Bigfoot, smoking's bad for your ass."
"Yes, well I wasn't planning to smoke it in my ass, was I??"
"How am I spoze to know that?"

Or, being quite high on dope, when he thinks he's dropped of in an exact replica of the place he expects to be in, he stops the first pedestrian he meets :
"Excuse me, sir, I seem to be a little disoriented? could you please tell me if this is by any chance Gordita Beach" as sanely as he could manage, and instead of running off in panic after the nearest law enforcement, this party said, "Wow, Doc, it's me, you okay? you look like you're freaking out," and after a while Doc dug how this was Denis, or somebody impersonating Denis, which, in the circumstances, he'd settle for".

He still writes, although occasionaly these one-page sentences. Or just plain beautiful descriptions, such as this one :

"Later they went outside, where a light rain was blowing in, mixed with salt spray feathering off the surf. Shasta wandered slowly down to the beach and through the wet sand, her nape in a curve she had learned, from times when back-turning came into it, the charm of. Doc followed the prints of her bare feet already collapsing into rain and shadow, as if in a fool's attempt to find his way back into a past that despite them both had gone on into the future it did. The surf, only now and then visible, was hammering his spirit, knocking things loose, some to fall into the dark and be lost forever, some to edge into the fitful light of his attention whether he wanted to see them or not. Shasta had nailed it. Forget who - what was he working for anymore?"

In sum, it's hilarious and still literature.

In any case it is an easy entry point for those who've never read Pynchon, yet not of the same level or scope of "The Crying Of Lot 49", "Gravity's Rainbow" or "Vineland".

You can watch a promotional video for the book with the voice of Pynchon himself. Even we don't know his face, at least now we will recognize his voice, if and when you would cross him on the street ..... 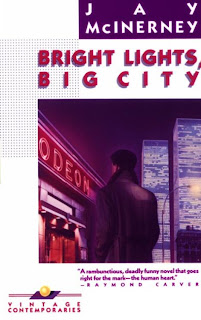 "'Lunch' you say, before you can think better of it. The last time you told Alex you were on your way to lunch you needed a stretcher to get you back to the office."

"You are a republic of voices tonight. Unfortunately, that republic is Italy. All these voices waving their arms and screaming at one another. There's an ex cathedra riff coming down from the Vatican: Repent. Your body is the temple of the Lord and you have defiled it. It is, after all, Sunday morning, and as long as you have any brain cells left there will be a resonant patriarchal basso echoing down the marble vaults of your churchgoing childhood to remind you that this is the Lord's day. What you need is another overpriced drink to drown it out".

In de metro : "At Fourteenth Street three Rastafarians get on, and soon the car reeks of sweat and reefer. Sometimes you feel like the only man in the city without group affiliation. An old lady with a Macy's bag sitting across from you looks around as if to ask what the world is coming to between these Dracula Jews and zonked-out Africans, but when you smile at her she quickly looks away. You could start your own group - the Brotherhood of Unfulfilled Early Promise". 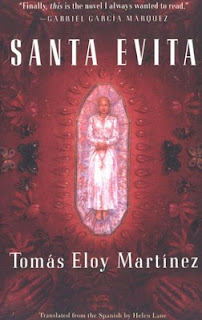 Absoluut te lezen.
Posted by Stef at 6:14 PM No comments: 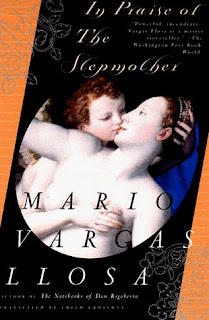 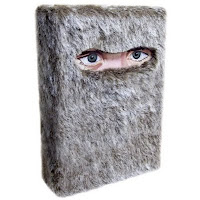